Thomas Weihe holds a diploma in biology with a focus on biophysics. He received his diploma from the Johannes-Gutenberg-University in Mainz in 2005. Subsequently, he worked as a research assistant on the stability and cooperativity of hemocyanins in the working group Molecular Biophysics at the Johannes-Gutenberg-University in Mainz. Here, his interest in microscope techniques such as SEM, TEM and SPM was developed.

From 2009-2013 he moved to the chair of biophysics at the University of Rostock. Here, he characterized the attractive interactions of biological cells with artificial substrates which mediates the initial adhesion of cells to any surface such as medical implants. An approach which was conducted with SPM-based force spectroscopy. At that time, he gained his experience in surface and molecular interactions in biological systems which is an underlying systemic view in the process of initial adhesion.

At the same time, he authored his PhD thesis “The characterization of selected molecular and cellular mechanisms in adhesion processes to artificial surfaces”: His PhD-program was hosted in the interdisciplinary DFG graduate school “Welisa”. In 2014 he started to work at the Leibnitz-Institute for plasma physics and technology (INP) in Greifswald. There, he works on the field of plasma decontamination of food and medical devices. His recent research is focused on the plasma-based decontamination of cold-smoked fish. 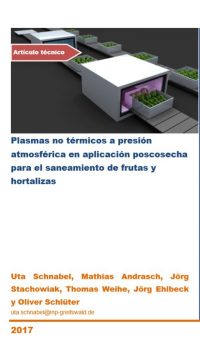 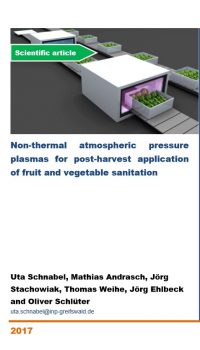